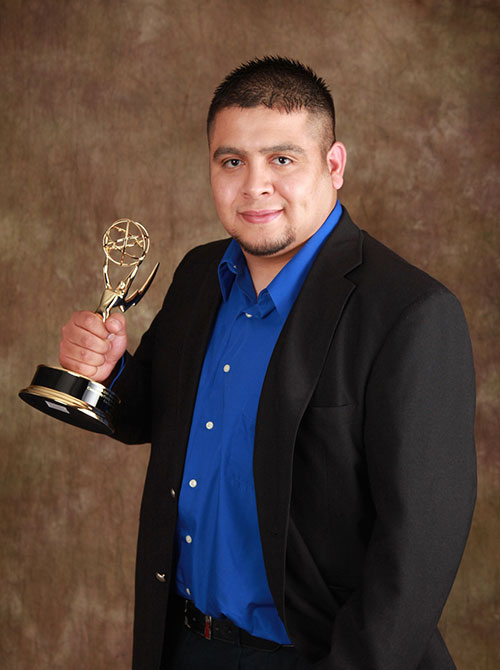 Hello my name is Adrian Guzman, owner & creative director at Guzman Video. I have been working professionally in video production since 2002. I received my Bachelor’s degree in Journalism and Mass Media from New Mexico State University in 2005.

At NMSU I worked at KRWG-TV, a PBS affiliate, where I was a video photographer, editor and reporter for the student nightly newscast KRWG-News 22. I quickly gained the experience and skill necessary to work at a professional news station. While still in college I was hired at KTSM News Channel 9, an NBC affiliate, as a video photographer and editor. In 2005, shortly before I graduated, I was offered a newly created position for the City of Las Cruces to oversee their media operations and their government access channel.

With this agency I have produced hundereds of public service announcments, commercials, training videos, journalism programing and feature length documentaries. The agency and I have received national recognition with over 100 national awards received.

Besides working full-time in media with the government,  I run my own part-time video production company, Guzman Video. Over the years I have created thousands of videos of every type imaginable. Whatever type of production you need, I bet I’ve done it! Being that I do freelance production part-time, my schedule fills up fast. So if you have a production in mind contact me asap! I take pride in my professionalism, reliability and most important my quality of work. Currently Guzman Video is the official videophotographer for Miss New Mexico USA® an affiliate of the Miss Universe® organization.

If you have any questions, please don’t hesitate to contact me. Thank you

"WOW...WOW...WOW...Adrian Guzman! Just reviewed the final product...AMAZING! YOU are Amazing! Thank you for bringing this experience to life! One of a kind skills! YOU are the one!"

"Special thanks to Adrian Guzman from Guzman Video. Our team DVD was amazing! If anybody out there needs video work done, we highly recommend Guzman Video. Thanks again Adrian!"

"I am so incredibly thankful and blessed to be able to work with Adrian. He is extremely easy to work with and on a personal note, he is a sincerely kind and supportive individual."

Ohhhhhhhhh myyyyy gosh!!!!!!! thank you so much Adrian!!!! I love it sooooooo much!!!!!! You are sooooo amazing at what you do! You captured everything so beyond perfect!!!